An Edge at The Masters

In 6 of the last 13 years the Champion of The Masters at Augusta National has been a left handed player.

When we consider that left handed golfers make up approximately 7% of the golfing population in the world*, lefties have done exceptionally well in April at Augusta.

The dots in the above images represent where a ball has landed when hit with a 6 iron on TrackMan software. In the above images you will notice that these two players have a specific shot pattern. In order to to eliminate a variable, both of these players are scratch handicapped golfers. As you can see the left hander’s misses are short left and long right. Vice versa the right handed player’s misses are short right and long left. 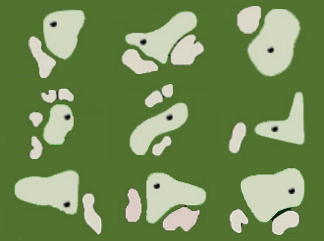 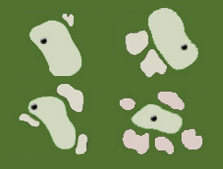 Why are our shot patterns like this? If you are a right handed golfer and you miss the green to the left this means that the club face is closed to the target line (in most cases). When the club face is closed the loft of the club is reduced, when the loft is reduced the ball will fly farther. The opposite can be said for when a right handed player misses a green right. The club face will be open to target line (in most cases), the club will have more loft and more loft makes the ball fly shorter.

In conclusion I believe that the shape of the green complexes at The Masters has been giving left handed golfers an edge on their approach shots. Hitting greens in regulation as we all know is a major factor in scoring well. Keep this equation in mind when thinking about how to score better SCORE = 95 – (2*GIR).